The Silliest In Golf Slang 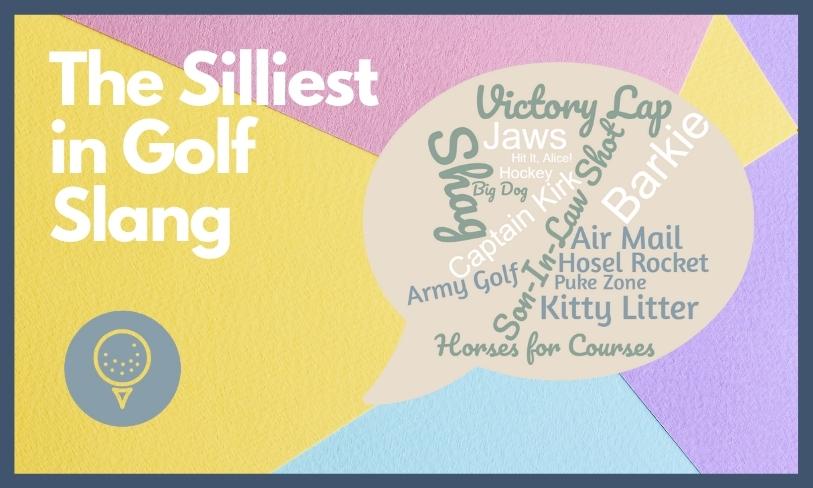 Golf slang adds smiles to the golf experience. Try these fun phrases with your friends on the fairway...

Air Mail: When a player hits a ball further than her intention.

You really “airmailed” that one!

Army Golf: Going from one side of the fairway to the other, then back again (left, right, left)

Barkie: Hitting a tree and then making a par... somehow.

Golfers use this expression: "time to let the big dog eat" when they decide to use the driver.

Captain Kirk: When a shot goes where no ball has gone before.

Horses For Courses: Players (horses) sometimes will score well on certain courses over others. This is often when the course layout suits their particular strengths.

Hit It, Alice: This is when a player leaves their putt short.

Although, it isn’t a reference to a female at all. See where the saying originated from here.

Hockey: Missing a putt many times.

Hosel Rocket: A player hits the golf ball off the rounded base of the shaft (hosel) instead of the clubface. It makes the ball take off in an unpredictable direction.

Jaws: A player says "She left it right in the jaws" when the putt stops just short of the hole.

Puke Zone: Any putt that’s short enough that a good player should make it. It’s close enough that if the player misses it, they feel sick to their stomach.

“Right in the puke zone!”

Shag: To pick up practice golf balls, usually with a “shag bag.”

Son-In-Law Shot: Any shot that is not what you wanted, but it will have to do.

Victory Lap: The circle a putt makes around the rim of the cup before it falls in!

Do you have other favourite golf phrases? Let us know and we will add them to the list: This email address is being protected from spambots. You need JavaScript enabled to view it..