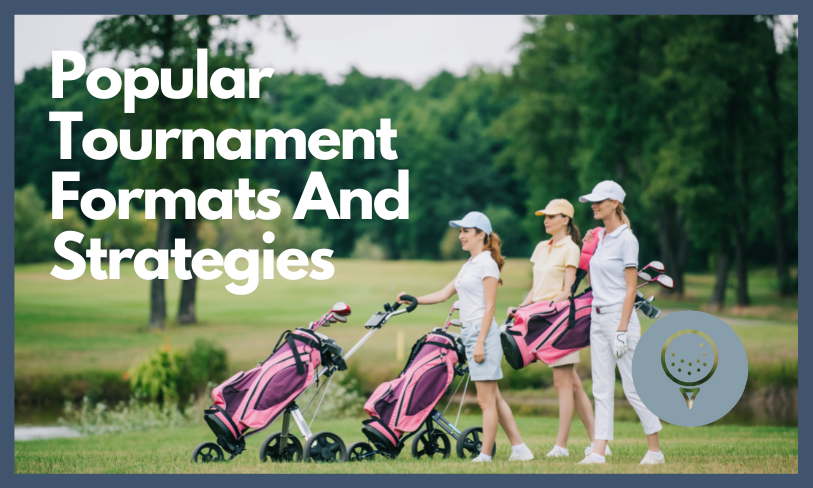 From charity to competitive, many women’s tournaments in BC have different team formats. Team formats take the pressure off individual performance. Here are some of the most common tournament formats in BC and some strategies for playing in them...

In these formats, two partners play as one team. Each plays their own golf ball. Both players write down their scores on the card. They also write their team score on a separate line on the card. The lower score of the team players is the team score. The higher score does not count.

There is an opportunity to take more risks if your partner is safe. For example, if one player lays up short of a penalty area, the other player may choose to “go for it.”

The players alternate shots until the ball is holed out. Penalty strokes do not affect the order of play. Scotch Two Ball, Canadian Two Ball, and Chapman are variations. In Scotch 2-Ball, both players drive. The players choose the best drive and alternate one ball from there. In Chapman, the players decide which ball to play out after alternating hits twice.

Consider your partner’s length and accuracy. Sometimes the format requires one player to hit off the odd or even tees. Choose the tees that give your team the best advantage. Be comfortable with each other. Mistakes will happen. Attitude is an advantage in partner play.

In this popular format, everyone hit their tee shot from the same spot. The best shot is chosen. The remaining players collect their balls and move to that spot. Everyone hits their second shot from the chosen tee shot spot and so on. The ball must be dropped within one club-length on the same cut of grass. The players proceed this way until the ball is in the hole.

In a Texas Scramble, each player’s drive must be used on a set number of holes.

Scramble is a popular format when there are beginner players.

The ball closest to the hole may not be the best ball. Hazards, angles, and pin position all affect the difficulty of the shot.

Stableford can be played in gross or net format.

On each hole, the team’s lowest ball wins points. A typical way of scoring might be 1 point for par, 2 points for birdie, and 3 points for a birdie or lower. Scores above a par count as 0 points.

Know the number of net strokes given per team member per hole. The better strategy on a high-net hole might be to chip out versus a failed hit. An aggressive putt may earn points for a net par when a careful miss might score a bogey. So, take the chance!

These are the most common and popular tournament formats, though there are certainly plenty more!

Sign up as soon as possible this year for local tournaments. They are filling quickly. Click here for zone fixture lists.