Women’s Low Handicap Leagues In BC 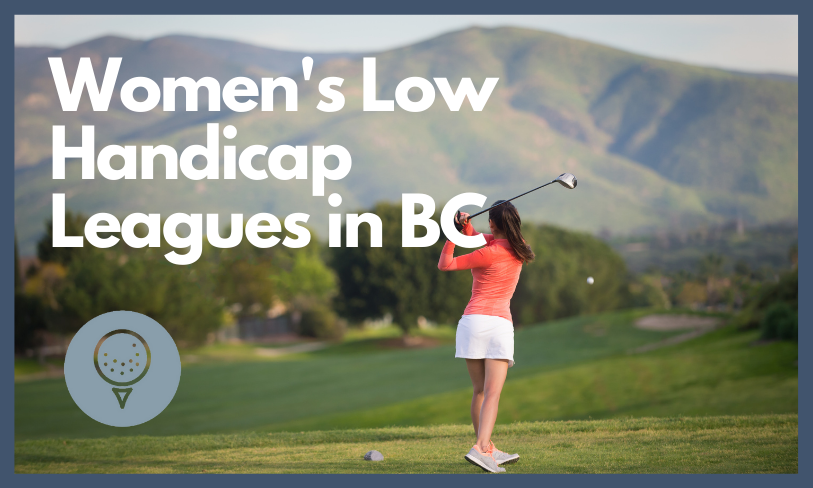 Competitive play isn’t just for the pros! There are a handful of leagues in the Lower Mainland and on Vancouver Island to join if you have a low handicap in BC...

These leagues are for women who enjoy a competitive environment and want to keep their tournament skills sharp.

Leagues are grouped by the zone in which they are geographically located, or sometimes, there are inter-zone tournaments and leagues. Within British Columbia, there are eight zones as follows:

The Harris Erickson League is open to women golfers on the South Island. They must be an accredited Golf Canada member of a golf club located within Zone 5. Anyone with an index of 15.0 or less may join. All ages are welcome.

The Sweeny Cup is a season-long league created for ladies in the Lower Mainland. To participate in the Sweeny Cup, you must be over the age of 19, have a handicap of 10.0 or less, and be a member in good standing of British Columbia Golf (Zone 3 or 4).

Typically, the Cup season lasts from March until October and includes a series of one-day events at both public and private clubs throughout the Lower Mainland. While the top finishers receive golf balls as prizes, the overall winner receives the Sweeny Cup and the accolades that come with it. In 2019, Sandra Turbide (Swaneset Bay Resort and Country Club) won the Sweeny Cup!

One example of an inter-zone league is between the Harris Erickson League and the Sweeny Cup league called the Huntting Cup. It’s an 80-year-old event where twelve ladies from each side compete against each other. 2022 marks the 100th anniversary of the Huntting Cup and the event will take place at Gorge Vale Golf Club on August 8, 2022.

The Dawn Coe-Jones League is open to female golfers in the North Island zone (Zone 6). To participate, golfers must be a member of a course in Zone 6 and have a handicap of 15.0 or less. This league was amicably named after British Columbia golf legend, Dawn Coe-Jones who passed away in 2016.

If you live in Zone 3, 4, 5 or 6, set your goals high and aim to compete with these women. It’s a great way to keep your skills sharp and meet new friends and playing partners. New members are always welcomed!