Ruby and Pals: A Children’s Book Series All About Golf 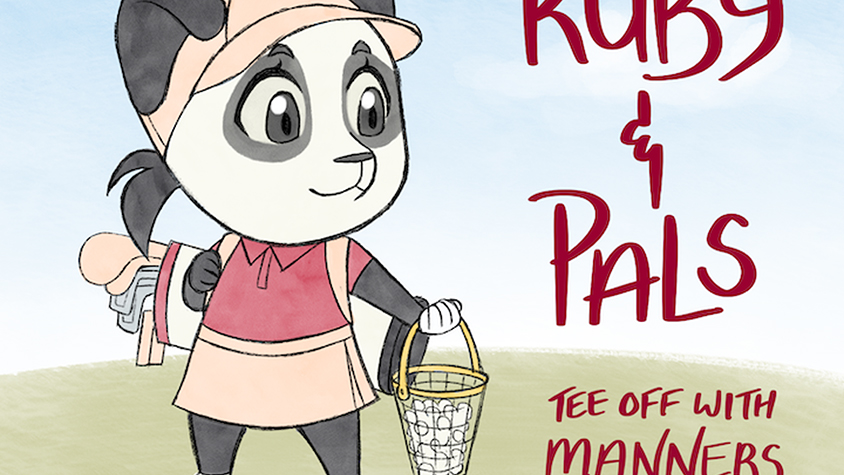 Par Fairwood Publishing Inc. is excited to announce the official release of Ruby and Pals: Tee Off with Manners...

The first in a series, this book is now available on Amazon Kindle in English, French, Spanish, Chinese, Korean, and Punjabi.

Children’s storybooks about golf are a rare sight to behold, but that is about to change with the release of the Ruby and Pals series by Par Fairwood Publishing Inc.

The first book, titled Tee Off with Manners, introduces young readers to common safety and etiquette practices on the golf course. Featuring Ruby the Panda and her lovable animal friends, Ruby and Pals bring fun to learning with colourful illustrations and catchy rhymes.

Readers will journey alongside the characters to learn about the many challenges and rewards of golf. Twenty-four more books are planned to be released, each offering increasing insight into sportsmanship, integrity, and friendship. This project was made possible by a successful Kickstarter campaign that saw nearly $12,000 raised between fifty-six backers. 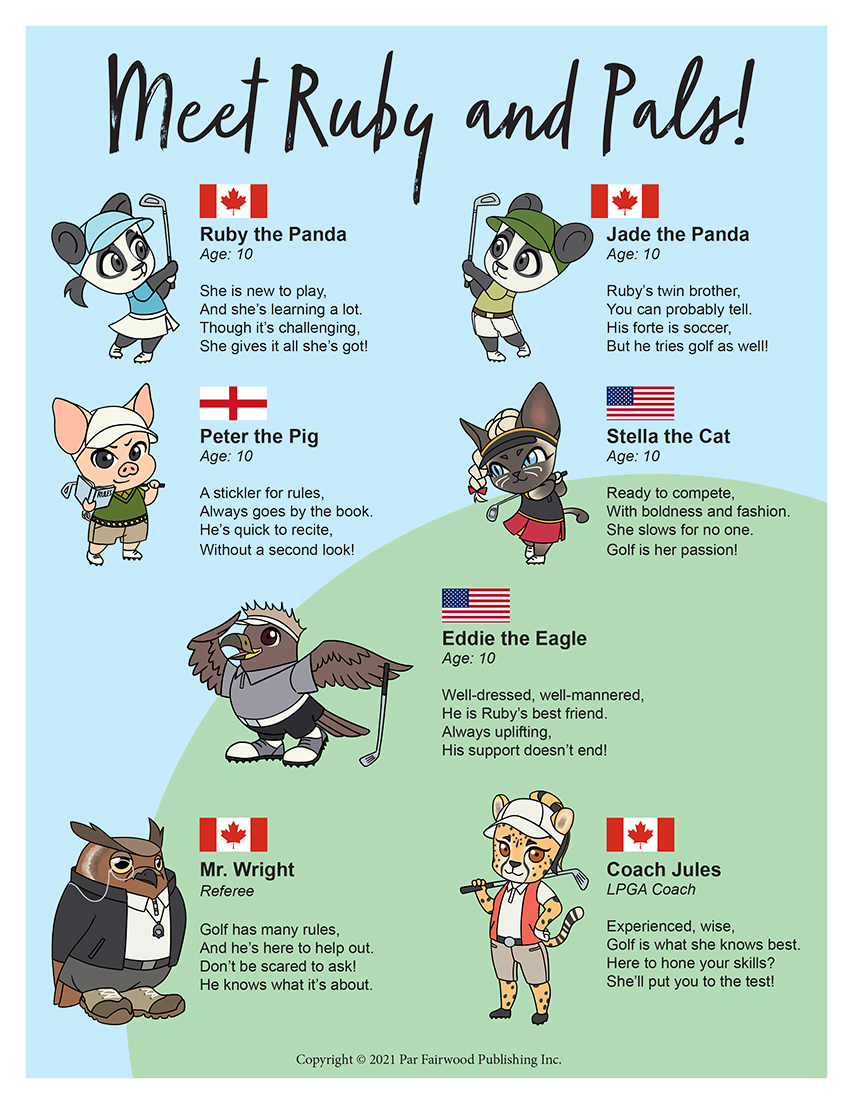 Ruby and Pals began in 2015 when two of the authors — Coach TJ, a teaching professional who had over forty years of experience, and Coach Christa, who had then just begun her teaching career — were travelling to Victoria, BC to watch a junior golf tournament. They started thinking about Coach TJ’s young grandson.

Because golf was always a part of Coach TJ’s life, she wanted to ensure that this passion of hers could be passed on to her family. What better way to do this than to incorporate golf into their bedtime story routine? They searched and searched for a book that was both fun and educational, but nothing matched what she was looking for. So, from that ferry ride, the writing process began for Tee Off with Manners.

“I think the biggest piece is making sure that people don’t see golf as a sport that’s intimidating, [and] more so like a sport that’s for everyone.” – Coach Christa