Anna Steals The Show At Augusta 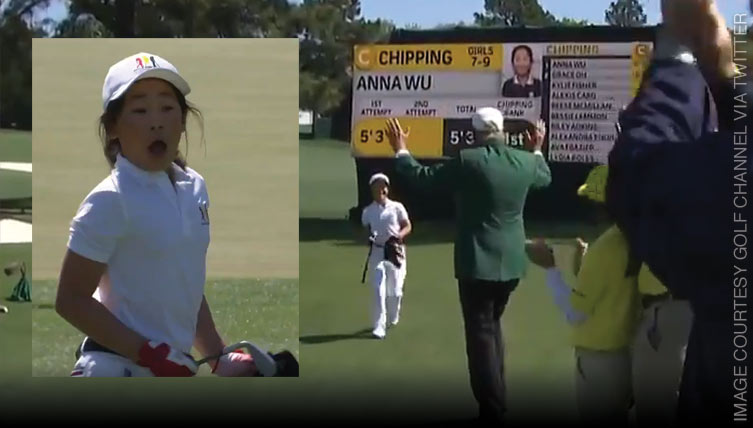 A look back at 2020 when Royal Colwood member Anna Wu definitely stole the hearts of everyone watching the Drive, Chip & Putt Finals at Augusta National...

Anna Wu has had a lot of time to practice for the chance to compete in the 2021 edition of the popular competition... and we mean a LOT. She actually earned a spot in a qualifier held at Chambers Bay GC in September 2019 but had to wait until this year to participate due to COVID. During that time, she has been a fixture on the Club’s practice green, honing her skills. 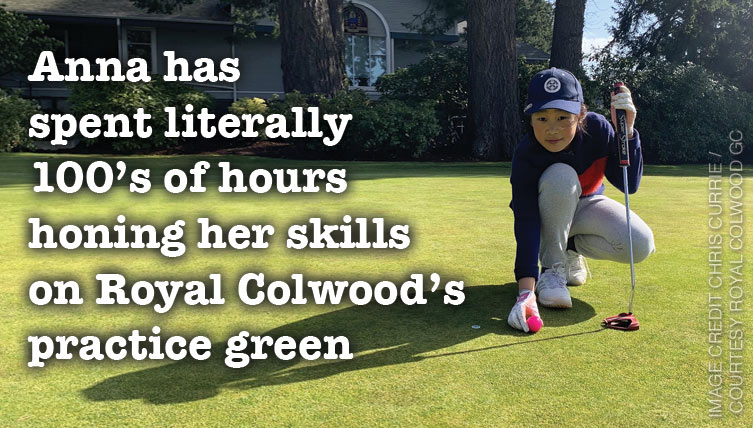 And all that effort paid off when the nine-year-old stepped up to make her second chip last Sunday. A pro-like tempoed swing saw her ball drop for an 18-yard hole-out moving only just a little bit faster than Tiger’s did on the 16th at Augusta a few years ago. Even Phil Mickelson commented on the quality of her shot-making via Twitter. 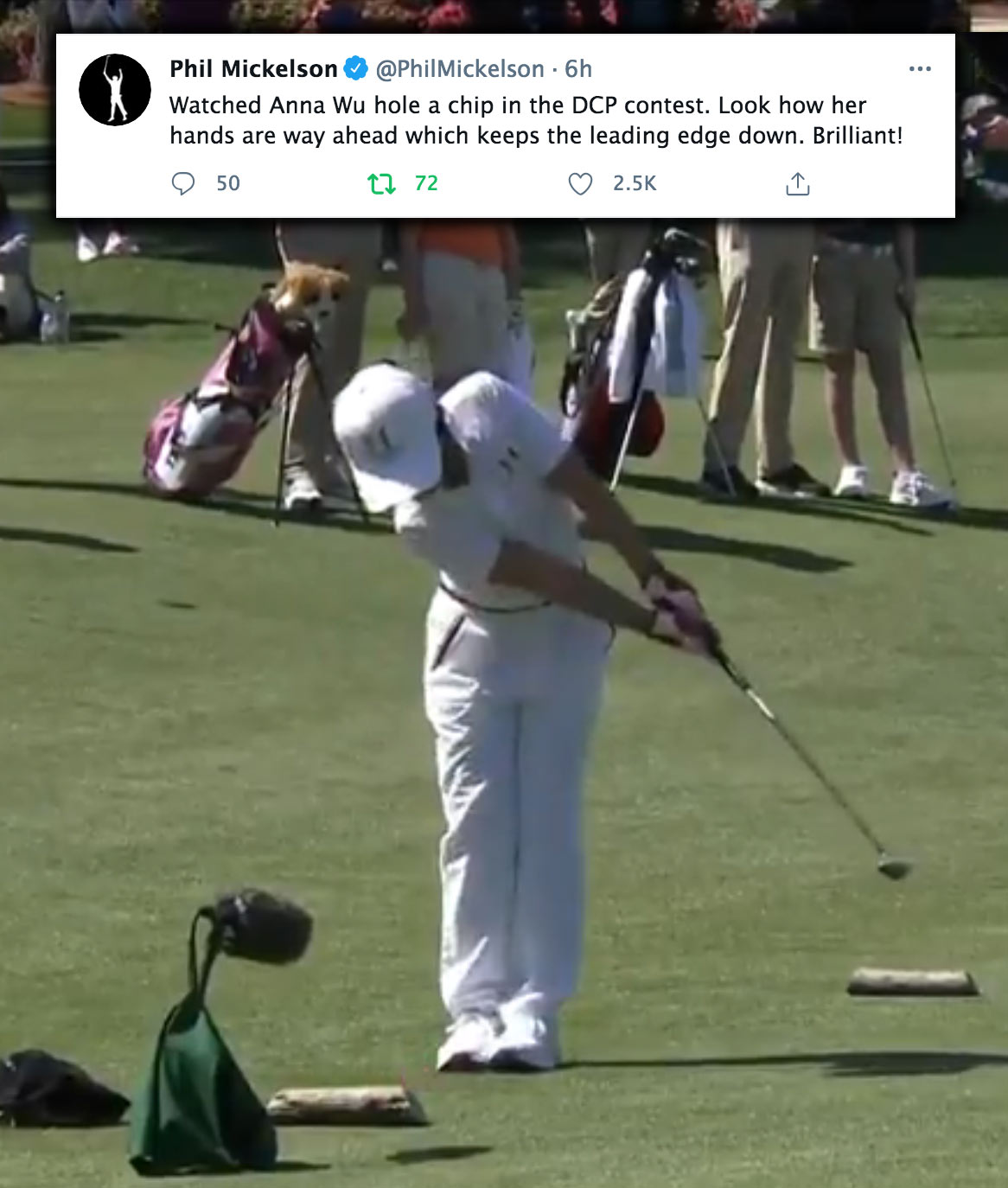 And while the ball may have gone in with just a little more speed than Woods’, her reaction was on a par. The Golf Channel tweet showing her reaction has been seen almost 120,000 times.

Not surprisingly, Anna won the chipping portion and eventually ended runner-up ironically to another Canadian, Alexis Card from Cambridge, Ontario, who won both the drive component and the putting.

Still, it was so close between the two that if Anna's long putt (Attempt 1 below) had ended just a couple of feet closer, the outcome might have been different. 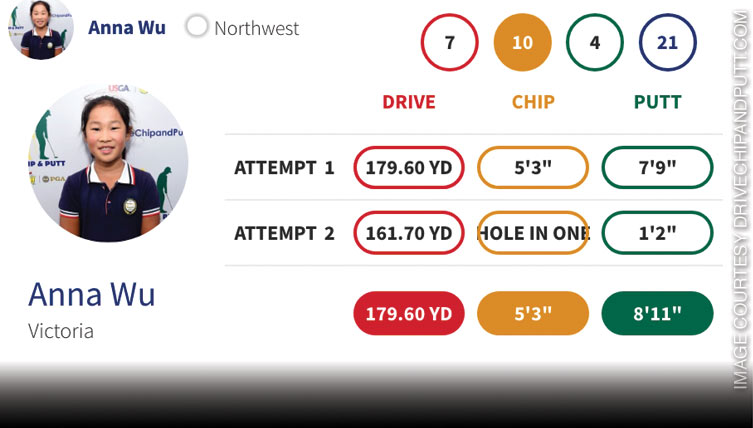 Her home Club posted the results from the TV on their Twitter feed with the accompanying quote, “We are so proud of Anna Wu coming in 2nd place in the #drivechipandputt at #themasters.” 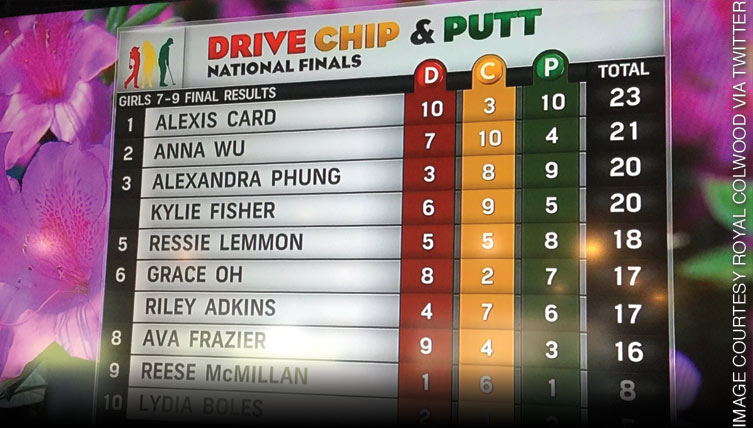 For her efforts, Anna got both a second-place trophy and a medal for 1st place in an individual skill. 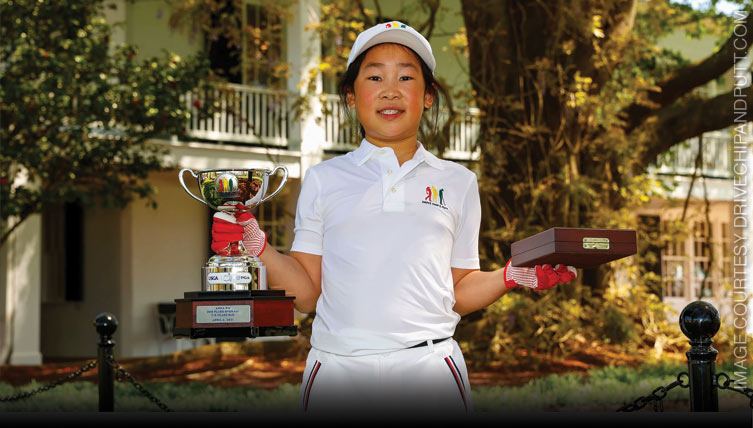 For more about the Drive, Chip & Putt competition, and where you can qualify, visit www.drivechipandputt.com.